By mid-July it looked like the micro:bit should be available to buy, but every online shop was still showing them as out of stock. After a bit of a hunt, I found that Pimoroni showed them as available to order. Being of the slightly suspicious type I sent them a message and quite quickly the reply came back "yes, we actually got them in stock". Brilliant! I hurriedly placed the order.

A couple of days later a package arrived at our house. Nice work Pimoroni! Son saw the package first (what with me being at work and him being at home on school holiday) and guessed that there was a micro:bit inside. 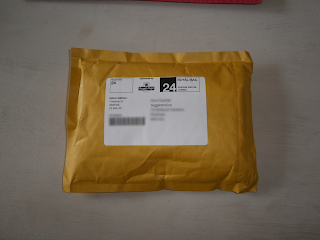 He had to wait patiently for me to get home so that we could open it together. After we had opened it he confessed that he was "off the scale of excitedness". 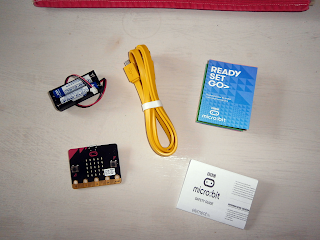 It took us about thirty seconds to get the micro:bit out and the battery plugged in and we were soon working our way through the built-in tutorial. About five minutes later we had our first Python script running and watched as the traditional "Hello, World" message scrolled across our tiny screen. 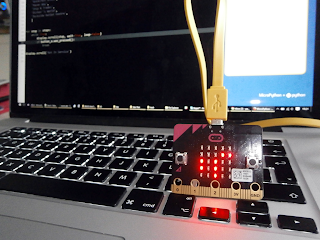 We have decided to write some programs, and to use Python as out language of choice. Over the course of this blog we will be posting our programs along with our general thoughts and processes regarding the BBC micro:bit.
Posted by Giggletronics at 20:18